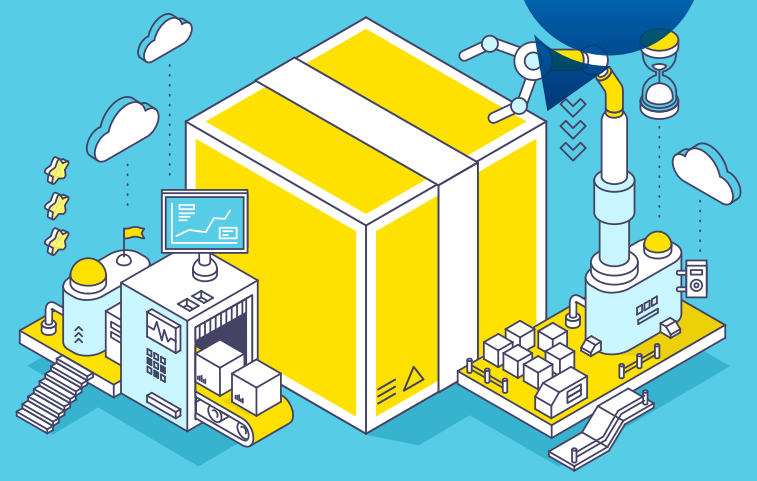 As consumers, we have all become used to the benefits of mass production consistent quality at a low price. This has been enabled by a century of progress in factory automation, starting from the advent of manufacturing assembly lines more than one hundred years ago.

Manufacturing productivity gains stalled in the early 2000’s, but we are now on the cusp of a new era of productivity, driven by the declining cost of technology (data and components), a pending explosion in wireless connectivity potential for industrial devices, and developments in advanced manufacturing, including robotics. Manufacturing will become “on demand’, where we can order single bespoke items in real time, at the cost of mass production.

The Factory of the Future might conjure images of ‘lights out’ factories with lines of industrial robots, but the robots of the future will not be like those in the past — they will be easily integrated into human environments, and become as common as cars or phones. In this report, Professor Daniela Rus at MIT suggests that technology advances will allow us to build robots capable of taking on a much wider variety of tasks, working with some degree of autonomy, working side by side with people. By teaming machine learning, robot systems, and people together, the world of manufacturing could be reshaped. This means a whole approach to production and jobs that we cannot begin to imagine. It could mean smaller factories, located closer to population centers, making fewer generic standardized goods, and more customized products. Even robots themselves will be unidentifiable compared to their history. Two technologies — soft and origami robots — point to a future of manufacturing where machines and people work side by side.

In product development, the processes of designing, improving, and testing can all happen in a virtual environment, substantially reducing risks, time to market, and development costs. Product design has been software enabled for years, but the software simulation of testing, production and usage can shave years off product development times. Automatically generating the production “code” from this process enables “distributed manufacturing”, further enabling the concept of localizing production.

Even beyond robotics, we are on the cusp of a revolution enabled by cheap data, computing, and components, as well as a pending explosion in wireless connectivity enabled by the rollout of 5G networks. This is not just about gathering data, but also enabling augmented reality to empower workers on the factory floor.

This is not without risk — Citi Economists show that manufacturing powerhouses like Germany and China are shaping policy around the expected upheaval. Fully digitized factories also raise crucial questions on cybersecurity risk.

In an era of trade tensions however, distributed manufacturing takes on a whole new appeal, and once consumers get used to bespoke production on demand, at mass-produced prices, there will be no going back.

We hope you enjoy the report.